Enuresis is the medical term used for bedwetting also referred to as involuntary urination. Bedwetting is characterised by the complete emptying of the bladder during sleep without any symptoms of bladder dysfunction in children age 5 years or more with a severity of at least three times per week in the absence of congenital or acquired defects of the central nervous system. Bedwetting happens more in boys (almost up to three times more so) than in girls and happens more often in the first-born child.

Epidemiology: extent of bedwetting is widespread, it has been argued nocturnal enuresis is the most prevalent of all childhood problems. 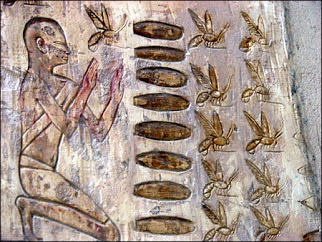 The first mention of bedwetting in history was on a medial scroll of papyrus dated “1550BC” in which the recommended solution for bedwetting was “juniper berries, cypress and beer”. (This is not recommended for your child.) Enuresis is derived from a Greek word that means “to make water” and is the medical term for bedwetting. 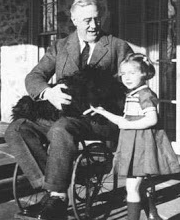 He had to wear diapers because of polio, which he was afflicted with as a young man.   In spite of his disability he went on to become one of the greatest men in history. 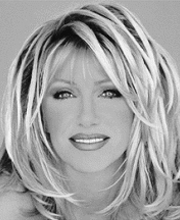 Suzanne Somers starred for many years in “Three’s Company” and other popular TV shows as well as several movies.  She grew up in the shadow of an abusive father, Frank Mahoney, a physical labourer.  Her childhood was a difficult one. Born in 1946, she spent her early years wetting her bed almost nightly because of the anxiety brought on by her father’s drinking binges and mood swings.  She wet almost every night until she was 14 years old, as did her brother Danny.

Then she finally tried a wetness alarm.  Here is an exert from her autobiography, Keeping Secrets: “I was invited to a couple of slumber parties. I was dying to go, but what if I wet the bed at one of those fancy houses? The idea of wetting my bed at a friend’s house horrified me. My mother got me a bedwet alarm. What if I wet the bed when I was married? I had to try this, crazy as it sounded. The crazy screen/alarm contraption worked! I stopped wetting the bed at last.” 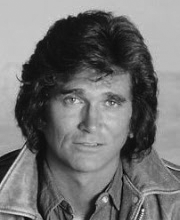 One   of   the   most   outspoken   celebrities    about bedwetting, the late Michael Landon, who starred in hit shows like Little House on the Prairie and Bonanza, wrote about his childhood and how he wet the bed until he was 14 years old in his autobiography.

Michael Landon was born Eugene Orowitz, son of a former dancer and a movie theatre district manager. His mother Peggy lavished attention on his older sister Evelyn, and the few times his father was home he showed little open affection toward him.

Eugene (Michael) had a   bed-wetting problem until age 14. His mother would display his un-washed wet sheets on her clothesline for the whole neighbourhood to see.  Before he went to school she tied parts of the sheets to him.  After high school Eugene left home, eventually entered acting, and changed his name to Michael Landon.  He landed the lead part in the low budget film, “I Was A Teenage Werewolf”, which to his surprise, became a smash hit.

He is most remembered for his heart-warming roles as Little Joe in “Bonanza”, and Charles Engles in “Little House on the Prairie.” In 1976 Michael Landon directed a movie, “The Loneliest Runner”, starring Lance Kerwin.    Lance plays   the “child version” of Landon.    Michael Landon was an Olympic hopeful pondering on his childhood through the movie.

In the movie Lance is a 13-year old bedwetter, and his mother hangs his un-washed wet sheets outside his bedroom window in a cruel (boneheaded) effort to get him to stop the bedwetting. This is how he becomes such an excellent runner, having to run home for nearly a year to get the sheets out of his window, (lest his friends or best girl, played by Melissa Sue Anderson, see this embarrassment).  He eventually becomes a runner in the Olympic-games, and he wins a gold medal!

The bladder is a distensible sack made of muscle. This muscle differs from the muscles in, for instance, our arms and legs, in that it is not directly controlled by the brain but indirectly via reflexes. There is also a circular sphincter muscle around the urethra – where the urine leaves the bladder – a muscle which is partly under direct brain control and is slightly contracted most of the time in order to keep the urine in the bladder.

If all is well and you have reached the age of five or six, this is how it all works:

The Prevalence of Bedwetting

As children feel uncomfortable acknowledging this problem, the reported incidences may actually be higher than what have been recorded. Statistics show that children between the age of 5 – 9 years are most affected by enuresis, with the largest proportion of bedwetters being boys. It has also been noted that as children grow older the prevalence of bedwetting decreases

Did you know that in a class of 30 children aged: 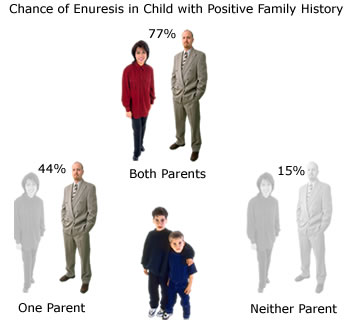 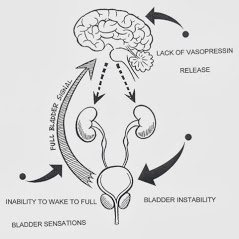 There are different types of bedwetting that may occur, including the following:

Primary enuresis is classified according to the Butler model and has the following three causes:

Secondary enuresis has a physical or emotional cause for the enuresis, or the child has started wetting his/her bed again, after being dry for more than six months.

It is now thought that the emotional distress caused by the bedwetting is more likely to cause the behavioural problems than the other way around.

What can be done about it?

Bladder problems can often be treated quite easily, it’s all about helping the child take command over his/her bladder.

These are some basic strategies: 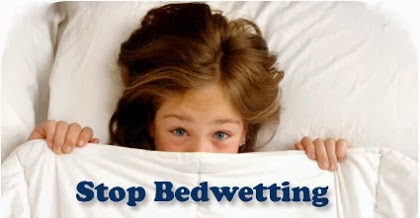 Many families have tried to solve the problem by not allowing the child to drink in the evening or by waking him/her during the night. These strategies are usually not effective. It’s important to treat each condition separately. Any child should be assessed by doctor. It has to be ascertained if the child has primary or secondary enuresis.

Once the child has been thoroughly examined by a doctor and the cause has been determined the child can be treated effectively.

To which children is the alarm suitable?

The treatment can be given to bedwetting children who are at least 6-7 years old, who pee in their beds most nights and who are bothered by their bedwetting and motivated for treatment.

When secondary causes of enuresis are treated and the underlying condition for example a bladder infection is cured, the bedwetting can spontaneously clear up.

Most children have gained daytime bladder control by the age of four. 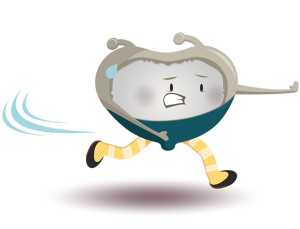 Why do children wet during the day?

Most wetting occurs because the bladder is not working normally.

Structural problems are rare. However, a medical specialist should manage any child identified as having an anatomical or neurological cause for their incontinence.

Day wetting is NOT caused by:

The most common bladder disturbance in childhood is bladder over-activity, where the bladder muscle tends to contract without notice, and perhaps even without being more than half-full. The result is either that the child senses a sudden, unexpected and strong desire to pee and needs to contract the sphincter forcefully to stay dry, or else a small or large amount of urine is without warning voided into the clothes. 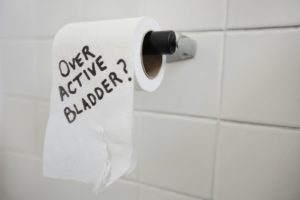 The parents often think that the child “doesn’t notice” when it’s time to go to the toilet, but the truth is that it’s the bladder that doesn’t tell the child that it is about to contract. Other children get the habit of postponing bladder emptying as long as possible, using various manoeuvres – squatting with the heel pressed to the crotch, standing on tip-toe with legs crossed etc.

Another common problem is that the bladder may not completely empty. This is most common in those children who contract the sphincter while they pee or those who habitually wait too long before going to the toilet and thus over-extend their bladders. And if the bladder is not properly emptied there is a clear risk for urinary tract infections. Some children may have both bladder over-activity and emptying difficulties, and constipation may cause both disturbances.

How common is Bedwetting?

Bedwetting, or enuresis according to scientific terminology, is very common. It afflicts 5-10% of children below the age of ten years, and a few per cent of older children and teenagers as well. It is equally common in all cultures and among all social groups. Boys are somewhat more often affected than girls.

What are the causes?

The old ideas about enuresis as a psychiatric disorder are false. Usually when a child wets the bed, neither the parents nor the child him/herself is to blame. Modern research has shown that bedwetting has three major causes:

The body is not harmed by bedwetting. Sleeping in wet sheets does not, for instance, cause urinary tract infections. But many bedwetting children suffer from low self-esteem, which may be socially handicapping.

Yes, the problem will usually go away by itself, but it may take many years. Thus, for a bedwetting child six years old or more, who is bothered by his/her predicament, active treatment should definitively be started.

Myth – There is nothing that can be done about bedwetting.
Fact – Bedwetting is a treatable condition. If your child is over 6 years old, still wets the bed, but wants to be dry, you should seek medical advice from your doctor. 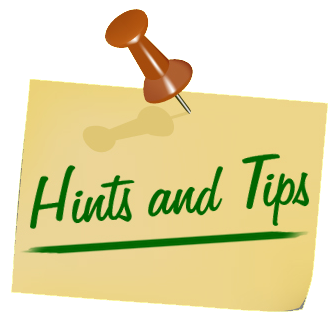 Why don’t you try doing some of these activities that will make your child feel support that he or she needs while faced with bedwetting?

Let your child have a say! 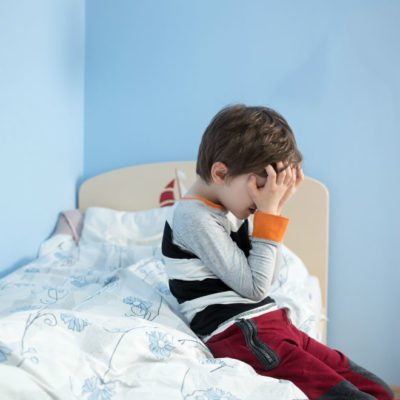 Any issues relating to bedwetting are going to take time, patience and commitment to resolve, both by yourself and your child. If your child is not bothered by the bedwetting, trying to force the issue will almost guarantee failure. Fortunately, this is highly unusual as most children want to be dry at night.   It is hard to underestimate the embarrassment and distress bedwetting can cause to a child.

However, trouble really begins when the wet bed becomes the focus of anger or a battle of wills. There are significant extra costs and workload – including lack of sleep – for parents who have a child who bed wets.

It’s normal for parents to sometimes feel tense, frustrated and at a loss. Nonetheless, it’s important to stand back a little and look at the situation coolly.

Talk to your child about what they think and feel. You may uncover fears which are stopping them going to the toilet during the night. It could be the way their bedroom is laid out, fear of the dark, or something in the toilet or home causing the problem.

It is also worth asking the child if they have any ideas for dealing with the problem.  You are not going to be able to impose solutions on your child because their co-operation is essential for success. Therefore, reaching an agreement to proceed with getting help and treatment is very important.

Working together is the first step towards treatment

Tips for sleepovers and camping trips

Tips for supervising someone else’s child with a bedwetting problem

If you are aware that a child has a bedwetting problem, it’s important to let them know that you are available to assist them. You should ask them how you can access them during the night, but do not dwell on the issue.

You should know how to help the child with using and disposing of products and their toilet modifications if required.

It is very important to remember how sensitive this issue is to children. Be careful to always respect their privacy. Never discuss the bedwetting with other people or your own children unless you have been given permission to do so by the parent and the child.